Maybe You missed it?

Elecbao EB-MP10 is an intel-based Mini PC equipped with the latest high-grade hardware, currently under development and soon launched officially. The EB-MP10 case is compact, measuring 126x13x45mm, and made from aluminum material.

The EB-MPI10 is powerful and small enough for work and school projects. You can place the unit almost anywhere, on a small desk or behind a compatible display. EB-MP10 can also be used in many other applications, from HTPC, remote management console/workstation, kiosks, digital signage in businesses, and much more.

Elecbao company provides a few hardware configurations for this product based on CPU and GPU types. OEM customers can choose processor types from Intel i3 to i7 according to specific computing needs.

As mentioned previously, there are a few possible configurations based on spec. The EB-MPI10 offers several CPUs ranging from i3 to i7 processors with four cores. The EB-MPI10 comes with a pair of onboard SO- DIMM type memory banks supporting 64GB (Max) working at 3200Mhz, 1Gbps LAN, SATA 3 interface, 4 USB 3.0 + 2.0 USB Hosts including, thunderbolt three hardware interface that supports maximum video output in a resolution of 5120 x 3200@60Hz.

In the connectivity arena, it comes with the latest dual-band WiFi5/ WiFi6 support, considered the latest new standard, so you can use higher bandwidth to improve your video streaming experience (it requires a WiFi-6 router). It also features Bluetooth v5.0, a 2.5 inches bay for Harddrive/ SSD drive, and an M.2 SSD interface for maximum internal storage.

When it would be available?

The EB-MPI10 is currently under development. As soon as we receive new information about the product, it will be post it along with a full detailed hands-on review. 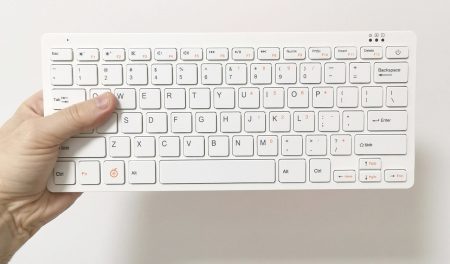 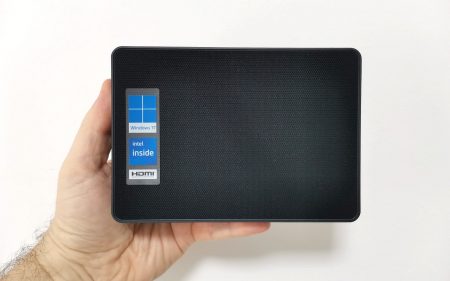