Honor 7X was officially announced on October 11. The new phablet features a big 5.93-inch FHD+ display with 2K resolution (2160 x 1080 pixels) and 2.5D curved glass on top. the Powered by the all-new Kirin 659 chipset, running an octa-core chip with eight cores clocked at 2.36GHz and other four cores clocked at 1.7 GHz. it comes with 4GB RAM in two storage variants: 32GB/64GB/128GB and micro-SD card as well for storage expansion up to 256GB. 7X has a 16MP rear camera with LED flash along with a secondary 2MP camera to add depth to the images including an 8MP front-facing selfie camera.

The Honor 7X has an all-aluminum unibody that’s curved on all four sides, with dimensions of 156.5 x 75.3 x 7.6 mm and weighs 165 grams. Below the rear camera is a fingerprint scanner and it’s powered by a Non-removable Li-Ion 3340 mAh battery with fast charging support. Lastly, the Honor 7X runs EMUI 5.1, based on Android 7.0 (Nougat ) OS and is currently available in two color variants: black,  and gold.

Buy It from LightInTheBox Store (4GB/64GB)

In the design an external appearance  arena Huawei did a great job designing a slim with curved (round) edges phablet with an excellent 18:9 ratio display in resolution of 1080 x 2160 pixels that elongated the display because of the ratio, but still is very comfortable to carry in one hand and can easily slip into a small pocket. That said, the company designed most of the phone parts from metal materials including the frame itself and the none glossy back cover that still leave minor fingerprint imprints after holding it, but not too much.

Compared to the Xiaomi Mi A1

There is no major difference between both device external dimensions. The X7 bezels less design comes on the expense of the touch navigation as well as a more slimmer upper bezel where the speaker and front selfie camera are located, making the screen bigger, more rectangle but more narrow,  which makes it easy to grab with your hand. The grilled speaker, as well as the 3.5 mm headphone jack in both devices, are very similar, the only difference is that the A1 uses a USB-Type C interface vs. the X7 that uses a standard micro USB 2.0 port.

The Honor 7X phone slightly weights more than the A1 device with a minor difference of an additional 6 grams.

Software Support | Compared to The Xiaomi Mi A1

In terms of software updates, Xiaomi already rolled out Android 8.0 Oreo under the A1 Android On Operating system which is lite weight and fast stock android system. The A1 clearly as more frequent updates and in general better software support and you can always switch and manually install MIUI ROM. But, and there is a big but here! those fast updates come at a cost, and sometimes can cause small crashes or bugs, therefore in the software stability arena, the X7 may offer less buggy ROM updates.

Hardware And Performance | Compared to The Xiaomi Mi A1

if we compare devices hardware specifications, both are powered by an Octa-core processor based on the A53 Arm Architecture. The main differences between both devices are expressed in the GPU and different processor frequencies. The Honor 7X has a CPU operating at nominal clock speeds of 1.40 GHz – 2.36 GHz while the Xiaomi A1 hardware based on the Snapdragon CPU can achieve lower clock speeds from 652 MHz up to 2 GHz.

In benchmark testing, performed with AnTuTu the Honor X7 was a clear winner with a score of 82759 compared to the A1 that ranked lower with a score of 76844. keep in mind that Antutu total score is also calculated based user experience testing and not only based on device hardware specs. That said, the X7 comes with a faster CPU compared to the A1 that did have a huge impact on general performance and ultimately also has an impact on user experience.

GPU | Compared to The Xiaomi Mi A1

The Honor 7X comes with newer and better hardware, based on Hisilcon SoC that has a dual-core Mali-T830 GPU capable of reaching core frequencies up to 900MHz while the Snapdragon 625 with the Adreno 506 can maximum frequencies up to 650MHz, making the X7 slightly more speedy and more suitable to run high-resolution games.

Display | Compared to The Xiaomi Mi A1

Both device support 10-Point multi-touch display. Although the Honor 7X has a larger 5.93-inch display with higher resolution (1080 x 2160 pixels) compared to the Xiaomi A1 that comes with a 5.5 inches display in resolution of 1080 x 1920 pixels and not considered to be a bezel-less phone. in my opinion,  the 7X display is more responsive in producing a better and sharper picture.

Cameras | Compared to The Xiaomi Mi A1

The Xiaom A1 comes with a pair of Dual 12 MP sensors while the Honor X7 is equipped 16.0MP + 2.0MP as the main rear camera. In the camera optics arena, Huawei defiantly did a better job of producing less grainy photos in taking low light shots.

Having said that, the Xiaomi A1 does offer few features the X7 device lakes, such as 4K video recording, dual LED flash as well as the lossless zoom X2 function that enable you to take shots from a distance while compromising on minimum quality a loss.

The Selfie camera equipped with an 8MP sensor produced good photos, with a high level of saturation, while the A1 photos came out more pale.

The  X7  produced more natural saturated photos compared to the A1 that did a better job in taking photos in optimal light conditions. There were times that the quality of photos from both devices looked very identical, but overall the X7 color optimization was better.

The charger provided within the package is a standard 5V – 2A type that clearly doesn’t support Qualcomm quick charging technology same as with the Xiaomi A1. In my tests, after completely discharging the phone Non-removable Li-Ion 3340 mAh battery the phone was fully charged from 0 to %100 after 2hr: 39Min which seems reasonable.

For comparison,  the A1 comes with a smaller capacity battery of 3080mAh that is charged from – to % 100 in 1hr:52Min. In most situations,  users will not fully charge their unit from 0,  a point I thought worth mentioning.

Similar to the A1 you can expect about 5 hours of screen time in normal standard usage, or in more “lite” type usage combining with standby mode you should be able to reach a complete day of usage.

Navigation | Compared to The Xiaomi Mi A1

Both devices GPS worked out of the box with the same level of Accuracy of about 5 meters (Max). As for sensors,  you have all sensors need for offline navigation, such as the magnetic field, accelerometer, gyroscope. Huawei also included a Compass a standalone application that lets you use the device for outdoors navigation activities.

Speaker & Sound | Compared to The Xiaomi Mi A1

Both devices produce good sound quality above average using a standard single speaker system. In terms of richer sound quality, I think that the A1 outperformed the X7 device. In addition, Huawei also included well-designed earphones that produced great sound with a good bass effect.

Microphone | Compared to The Xiaomi Mi A1

In this test, I recorded some background sounds on both phones using audio recording software pre-installed with devices ROMs. The X7 microphone that was more capable of picking up environment sounds, while the A1 less successful.

There is no absolute winner from both brands covered in this review, but the Honor X7 clearly does offer the best performance and user experience among both devices with top-notch software features with solid build quality, taking more vivid in colors stills photos, providing excellent value for money. 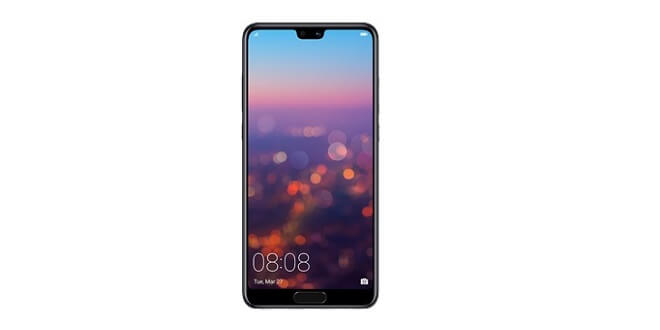