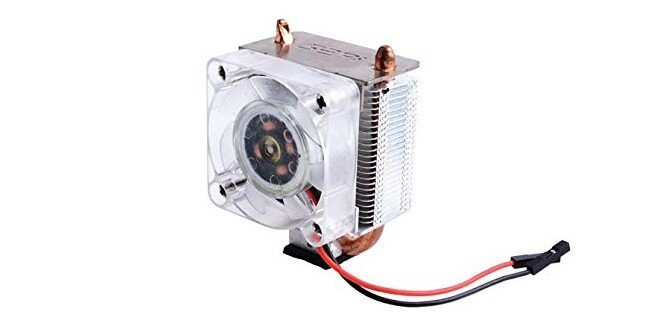 At the end of June, the Raspberry Pi Foundation organization released the fourth major iteration of the one-card computer Raspberry Pi, where the entry price of 35 USD and the size of the circuit board is identical to the original of 2012. However, in the latest version, the primary memory takes a substantial step up to a maximum of 4 GB, while Gigabit Full bandwidth Ethernet and two USB 3.0 connectors are added.

The largest upgrade applies to the processor, which now consists of four ARM Cortex-A72 cores rolling in 1.5 GHz, which will provide three times higher performance compared to the previous model. With the increased performance, higher heat generation also comes, which can affect the performance and recently the heat development was slightly mitigated with a firmware update.

Passive heat sinks have long been a popular method for users who want to keep the temperatures at bay for Raspberry Pi computers, but now a cooler is being introduced that takes it all one step further. Specifically, it is a small tower cooler named Ice Tower, which can be used for fresh Raspberry Pi 4 Model B and older Raspberry Pi 3 Model B and B.

The Ice Tower is 58 mm high and the aluminum heat sink has contact with the processor through a single copper heat pipe. The airflow is managed by a 40 mm fan of 5 V type, which enables the power supply directly to the board.

The airflow is managed by a 40 mm fan of 5V type, which enables the power supply directly through the GPIO pins on any Raspberry Pi. With the radiator, heating pads follow, spacers and other mounting equipment, which allow the four holes of the circuit board to be used for mounting.

The cooler is designed by the 52Pi team and is currently on sale through the company AliExpress store at a price of $ 20 excluding shipping. The product description states that the Ice Tower allows Overclocking of the Raspberry Pi 4 Model B, while the temperatures can theoretically drop from 80 to 40° Celsius. Having said that, if you find this solution useful, you are also welcome to check 52Pi official AliExpress store in the link posted below: 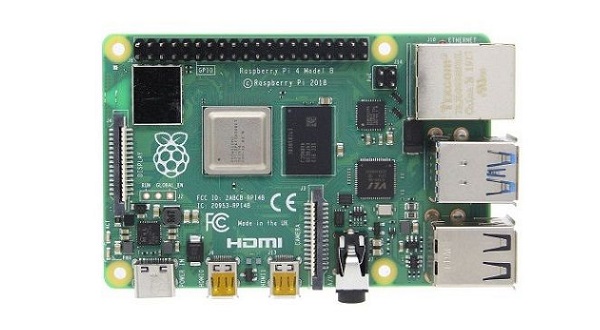