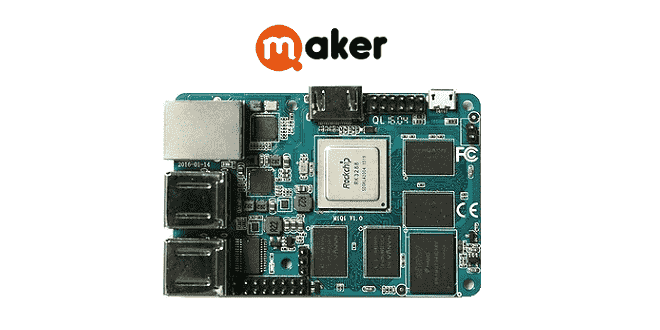 The MiQi is a Single Board Computer-designed for hobbyists and professionals who are looking for a community-supported hardware development platform at low-cost with high-level performance, capable of running popular operating systems such as Android 5.1, Ubuntu and Debian.

Board specifications include a powerful RockChip RK3288 processor running at a clock speed up to 1.6 GHz, Mali-T764 GPU, 2GB RAM,  16GB eMMC Flash, x4 USB Ver 2.0 Host Ports, a Gigabit Ethernet and HDMI V2.0 interface capable of playing videos at a max resolution of 3840×2160@60p. That said, the MiQi Board Kit is currently sold for a retail price of $65 (Including shipping) and available in the link below:

Buy It on Aliexpress

The case included in the kit is a metal made with external measurements of 102 x 59 mm, composed of two separated sheet-metal parts bend at 90 degrees, strengthen with two small Philips screws that can easily disassemble and reassembled.

MiQi Board inside The Case

A Closer Look at the MiQi Board

Although the MiQi hardware is strong, I had a few problems or issues related to the design of this board. If we disregard the fact that this board only has Ethernet LAN and no onboard WiFi module it doesn’t have any reset, power buttons, or external camera and display interfaces that can limit developers. Because there is no power button you need to leave the powered. If for some reason will need to reboot the system you will need to unplug the power adapter from the power socket or use a socket with a built-in power switch, which is not very convenient.

Another issue I had with this board, was with the 5V power GPIO FAN controller connector connected to the rear 30 mm fan. In some of the firmware’s, it failed to operate due to incorrect software configuration. it didn’t spin, or started spinning and stopped every second. The fast solution for fixing this problem is to use pins No` 1-2 in on the 14 pin GPIO header that keeps the fan spinning constantly.

For optimal cooling, you can use two fans connected to the pair of pins (Marked yellow squares in the photo). Use the rear one, and add another on top of the Heat sink.

The MiQi hardware platform supports Android, Ubuntu and Debian OS. You can use the multi-boot Image containing Lubuntu and Android, or Debian and Android. It’s possible to load them from the emcee and also load the images from Micro SD Card that is slower. If you need to use only one type of operating system, loading single operating system images also a good option to conserve extra storage space.

Performance under Android, Lubuntu, including Debian OS was excellent. The Rockchip RK3288 CPU is, operating in clock frequencies from 408MHz up to 1608 MHz and with the strong Mali-T764, it really gives a nice performance boost that certainly helps in running “heavy” Games. Much better compared to low cost $20-60 SBC currently sold on the market equipped with a low-end Mali 400 MP2 GPU. That’s why in my tests, there were no graphics lags when I moved and dragged applications windows across the desktop. The user experience was very similar to using a desktop PC / Mini PC.

Similar to all SBC based on Rockchip you can burn the firmware images using two popular Burning tools: ‘Rockchip Batch Tool’ and ‘AndroidTool’ which both run under Windows OS. For Linux users, the upgrade tool is also available, but both mentioned tools under the Windows environment are the easiest to use.

Loading system files and running application files from SD Card is normally slower in terms of reading/writing speeds compared to storing system files on the eMMC Chip, but If you still want to load the system Images trough the Micro-SD you can use ‘SDFormatter’ along with ‘Win32Disk Imager’ that is very simple to use.

Android 5.1.1 OS, worked very fast and stable. AnTuTu Benchmark scored 52287 which is considered a high result for a single board computer. The main reason for this high score is the contribution of the Mali-T764 GPU that boosts general performance, especially in 3D rendering and video decoding.

The MiQi hardware is powerful and almost identical as the ASUS Tinker Board, except its missing more interfaces that can be more valuable for developers, such as MIPI CSI (Camera) and MIP SDI (Display) interfaces. For this reason, I don’t define this product as a full SBC solution.

That being said, on the more positive side the MiQi performed extremely well under Ubuntu and Android OS. If you don’t really need these interfaces it can be used as a set-top box for streaming videos, running Kodi, setting up a media sharing server, or using it as low-cost Mini Ubuntu-based PC Desktop / Workstation. 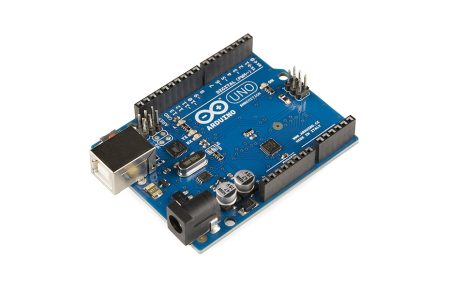