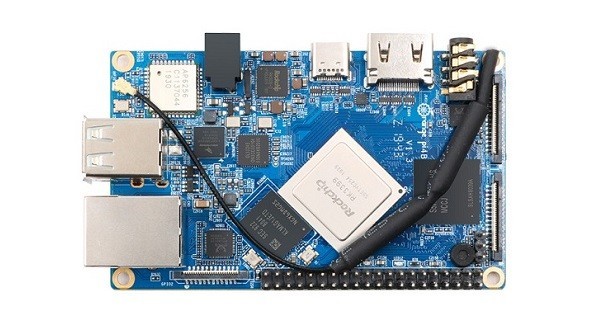 Xunlong unveils a new Orange Pi 4 Set 6 Kit with 4G LTE Connectivity support.  The new kit is composed of the Orange Pi 4 SBC, powered by the snappy Hexa-core RK3399 processor with a total of 4GB DDR4 RAM which is very capable of running most Os smoothly. Orange Pi 4 can run Android 8.1, Ubuntu 16.04/18.04, and Debian 9.

What’s more attractive in this package is the additional expansion board that offers a PCIe socket as well as a SIM card socket so it also offers a new future possibility to use it for a wide selection of industrial applications in environments without a working wifi signal. For home consumer applications, this board can be also used as a network access point solution, as a type of secondary 4G network backup in case of infrastructure problems.

Xunlong confirmed the PCIe interface should work in both Android and Linux. It might be good if they made an M.2 expansion card for M.2 SSDs, but it’s not available yet. The PCIe expansion card is sold on AliExpress. You can find it along with a 24-pin flat cable at a price of $3.90 (Shipping excluded). If you are interested in buying the complete kit, you can find it Here for $58.70. As a final note, The expansion board is designed to work with both Orange PI 4 and 4B models.