The Unuiga U1 features a high-performance Amlogic S905 CPU, running at a max clock speed of 2,000.00 MHz, and comes with a Penta-core ARM Mali-450, a separate graphics processor dedicated to accelerating the creation of images to be outputted to a display, is structured around processing large blocks of data in parallel.

Additional hardware Specifications include 2GB DDR3 RAM, and 32GB EMMC Flash, advantages in performance, security, and reliability, ascribing to the EMMC memory, ultimately delivering a richer end-user experience. Equipped with the IEEE 802.11ac standard, developed in the IEEE Standards Association process for the purpose of high-throughput wireless local area networks (WLANs) on the both 2.4 GHz and 5 GHz bands. Bluetooth 4.0 is adopted to pair with most Bluetooth-enabled devices (computers, mobile phones, keyboards, and others).

Remix OS supports all Android apps, especially the ones that work well with a keyboard and mouse. It comes with a User Interface for productivity, perfect for Multi-tasking, Multi-window operations, and best for running multiple apps at the same time.

The product works great for Microsoft Office and supports the core PC functions such as e-mail, and document creation with Word, Excel, PowerPoint, etc. Unuiga added a special Capacitive button on top of the box for the device in standby mode, to resume, the user only needs to hold it for about 5 seconds until power is turned off.

Unuiga U1 Mini | PC Back View

The U1, Case design is curved without sharp corners, which gives the product a cool and modern look. When we look at the bottom of the unit you will not find any ventilation holes for cooling the unit. From my testing, and playing with the unit for a few hours the case doesn’t seem to hear very much. On the top of the unit, you will find a nice Circular LED touch power button with blue status LED light that blinks during the booting process until the unit is fully operational.

The remote control that comes with U1 offers basic functions such as power, navigation keys, a special fly mouse feature for controlling cursor movement on the screen, volume, sound mute, numeric button layout, home buttons, etc. For users, the compatibility company added a special “PC” button that lets the user switch between the Remix OS environment and the standard tiles-style Android launcher.

The default system when the device is turned on is Remix OS. The remix is basically an advanced customized UI / launcher built on top of the Android 5.1.1 Lollipop Operating system. Remix OS that looks and feels like an android desktop version of the Windows 10 operating system. From a user perspective, you can open, and manage applications in a windows style and work more efficiently under an Android-based multi-tasking environment.

The U1 comes with 32GB eMMC internal storage. if we disregard all system files and reinstalled applications, the user remains with approximately ~23GB of free space. In addition, the company included two USB ports and a Micro SD card slot, therefore storage space is not an issue if you want to connect external appliances such as an external hard drive or a USB flash drive.

The device hardware is based on an Amlogic S905 64-bit Quad-core processor. it has a Mali 450 GPU, 2GB RAM, and 32 GB eMMC internal storage. everything worked fast without heating the box too much despite the fact it has no venting holes/slots. The box was tested with the latest AnTuTu version v6.1.4 and ranked pretty high for a quad-core processor with a score of 37774.

The playback performance with Kodi was good. I was able to play 4K@60fps including 1080P files in MKV, ISO, and MP4 formats, without picture freezes or visual lags which normally happen when GPU has issues decoding the video files. That is briefly explained, For reference and the first impression you are welcome to check the video listed below.

The U1 is a well-designed TV Box. Remix OS is a very nice software addition for people seeking a Windows-style user experience. I personally liked the special touch button that gives the product a modern, none traditional look. 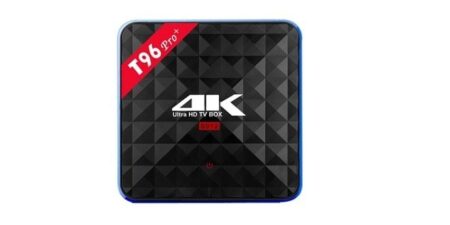