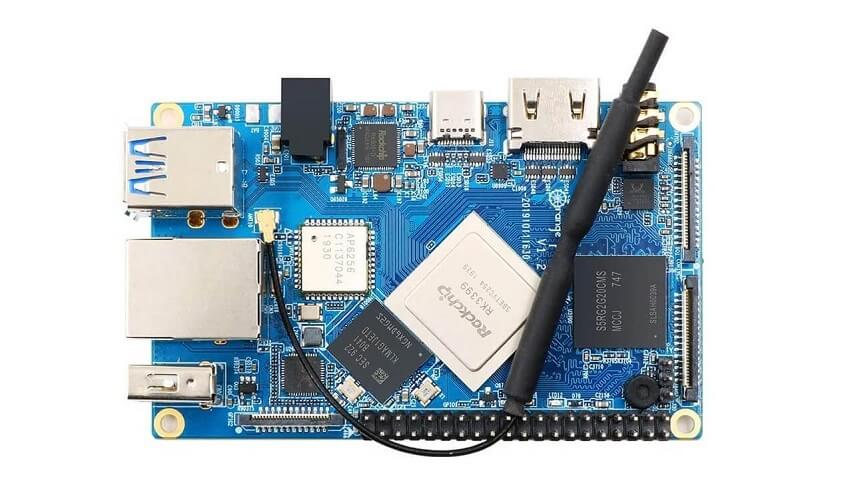 Orange Pi recently launched a new SBC (Single board computer) series based on the snappy Rockchip RK3399 SoC equipped with a high-performance six-cores 64 Bit ARM Cortex-A72  processor, starting at a low price tag as low as ~$72.00 for a 3GB RAM model. If you are interested in the more high-end edition with 4GB RAM, it will cost ~$79.00.

On top of that, for users seeking a lower price and who don’t require an internal eMMC flash storage, the cost can drop to $54.90 for the 3GB RAM Model and $64.90 for the 4GB RAM model.

The raspberry pi 4 Model B retail price starts from an average selling price of ~89.90 Euros, which is considered a pretty high price, especially for home consumers and individuals seeking cost-effective yet powerful hardware for open-source projects. That’s where the Orange Pi 4 LTS has a clear advantage.

Excluding hardware differences between both models, Both boards maintain the same small form factor design with the exact PCB measurements of 56x91mm, so it will fit perfectly with previous cases designed for Orange Pi 4 board.

The Orange Pi 4 LTS board has a USB-C port for power, data, or display.

Other interfaces include a 5V/3A power jack, a full-size HDMI port, MicroSD socket, two USB 3.0 and one USB 2.0, Gigabit Ethernet, 3.5mm audio I/O jack, a 24-pin mini PCIe slot. Onboard Mic, Serial debug, Dual MIPI-CSI connectors, and one LCD/MIPI-DSI connector is located on the back of the board.

A Closer Look at the Orange Pi 4 LTS

On the user side, It was better if heatsink hols were included in the board, making it easier to mount a big heatsink with a fan. This type of arrangement is not ideal because of the thermal pad sizes. So this solution is not the most suitable for cooling the board chips, but it works and does the job in lowing temperatures.

The upper cover part covers most parts of the Orange Pi 4 LTS board, with a few spots left intentionally for better user accessibility without a need to reopen the case. For example, the microphone and other standard interfaces such as the 24pin Mini PCIe, 26-pin header, debug TTL UART, two Camera interfaces, a single LCD interface, and a Micro-SD card slot located on the back of the board are fully accessible.

The RK3399 processor tends to heat very much. The average temperatures (high and low) we got in our tests are listed in the table:

What should I do If the hardware tends to heat up more?

You have two options if you overload the CPU resources to their peak. The first option is to go to Orange PI Configuration utility settings and set the CPU speed and governor to lower values. By doing this, you can dramatically reduce the CPU temperature. If you use the board for more heavy-duty operation, the second option is to build and customize your case, preferably with a massive heatsink. Adding a large-size fan will not hurt too.

The Orange Pi 4 LTS runs three 64-bit Linux distros you can test and play with, including Android Oreo v8.1, which is very useful for home cinema and multimedia applications.

From our impression, overall performance was good. Still, the board tends to heat much again, so you would have to get proper cooling, especially if you’re using it for heavy-duty tasks such as NAS server applications.

The Realtek RTL8211E Ethernet chip was replaced with the equivalent MotorComm YT8531C Ethernet chip and CdTech wireless module with WIFI and Bluetooth 5.0 connectivity.

Compared to the previous Orange Pi 4 board, you can find a few new changes in the hardware. The Orange Pi 4 LTS GPIO Header is 26Pin, not the typical 40Pin. This change is likely due to the PCB layout design constraints after adding a pair of RAM chips.

Xunlong Software company team will provide Android, Ubuntu, and Debian images that should be available on Orange Pi’s official Download page and some PDF documentation. It’s not compressive in terms of software support compared to the famous raspberry 4 Model B. But, if you are willing to compromise and settle with 3-4 Linux distributions, The Orange Pi 4 LTS SBC can provide good value and a cheaper Pi alternative.

Based on our tests, the Orange Pi 4 LTS works well and provides good performance and decent software support. If you are not looking to spend 89 euros on a Raspberry Pi 4 board and are willing to make some compromises regarding software support by working with only 3-4 Linux distributions, this board would be a good choice.

As a last personal tip, we highly recommend buying the standard or higher edition with built-in eMMC flash storage support for best performance. 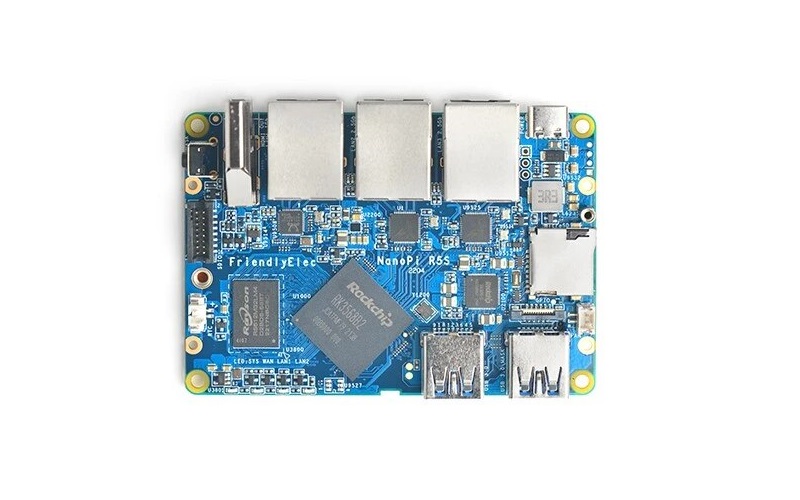 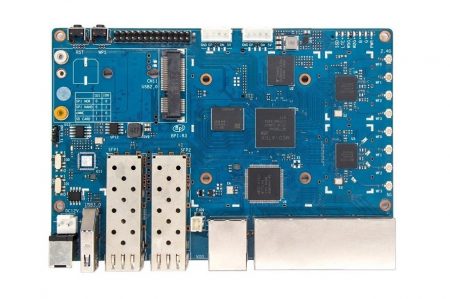 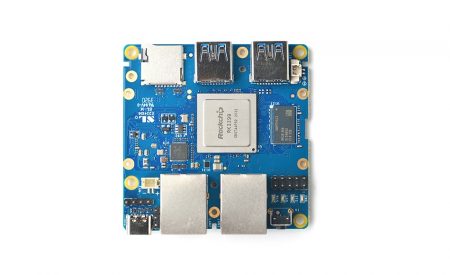